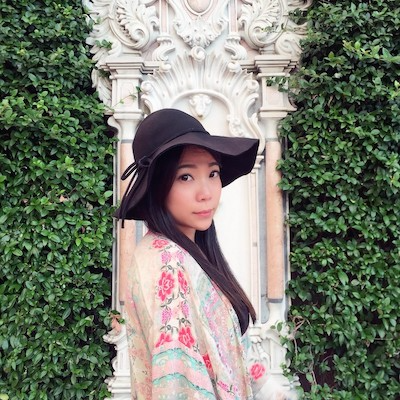 What the Ops are you talking about?

How to choose between DataOps vs MLOps vs AIOps - what are the right Ops for your big data team?

The software industry has been obsessed with the various ops-terms since the popularisation of DevOps in the late 2000s. Ten years ago, software development to deployment has a throw-over-the-world approach. A software engineer develops the app, then throw it over to the operational engineers. The app breaks often during deployment and creates significant friction between the teams.

The DevOps practice came about to smooth out the deployment process. The idea is to treat automation as a first-class citizen to build & deploy software applications.

This approach revolutionised the industry. Many organisations started building a cross-functional team to look after the entire SDLC. The team would set up the infrastructure (infra engineer), develop the app (software engineer), build the CI/CD pipeline (DevOps engineer), deploy the app (every engineer), then monitor and observe the app continuously (site-reliability engineer).

In a big team, different engineers have one primary function. But in smaller teams, one engineer often fills many roles. The ideal is to have many team members able to fill multiple functions so the bottlenecks and key-man dependencies are removed. So in reality…

DevOps, instead of it being a job function, is more practice or culture. It should be adopted at the beginning of building any software

Together with the rise of DevOps, a variety of ops are born.

SecOps has security at the core, GitOps strive for continuous delivery, NetOps ensures the network can support the flow of data and ITOps focuses on the operational tasks outside of software delivery. But together, the cornerstone of these ops is derived from the vision that DevOps promises:

To get software out there as fast as possible, with minimal errors.

Five years ago, the phrase Data is the new Oil became all the hype. Leaders around the world started pouring resources into building Big Data teams to mine these valuable assets. The pressure for these teams to deliver was immense — after all, how can we fail with the promise of the new oil? With the rapid expansion, the analytics teams had also experienced their fair share of grief.

Then we made it all happen.

Data scientists became the sexiest career in the 21st century. We build ourselves up and are sitting in the golden age of data and analytics. Every exec has a dashboard. A dashboard with data from across the organisation and the predictive model embedded. Every customer has a personalised recommendation based on their behaviours.

But now adding a new feature takes weeks if not months. The data schema is a mess and nobody knows if we are using the definition of an active customer from credit team or marketing team. We became wary of rolling models out into production because we’re not sure what it will break.

So the data-centred communities stood together to pledge against inefficiencies seeded from badly managed data processes. Since then, a variety of data-centred ops are also born…

To understand all these different ops, let’s set the scene on how the data flows through the organisation:

We know that DevOps is born because of the friction created between the development and operations team. So, imagine the headache that ensued from a 4-way interface, between the ops, software, analytics, and AI teams.

To explain how the different ops come in solving the processes above, here’s a graph plotting some of the the tasks that each job function performs across the timeline.

Ideally, the X-Ops culture should be adopted at the inception of the project and the practices implemented throughout. To summarise, this is what each Ops means:

A set of practices aims to remove the barriers between the development and operations team to build & deploy software faster. It is usually adopted by the engineering teams, including DevOps engineers, infrastructure engineers, software engineers, site reliability engineers and data engineers.

A set of practices to improve the quality and reduce the cycle time of data analytics. The main tasks in DataOps include data tagging, data testing, data pipeline orchestration, data versioning and data monitoring. Analytics and Big Data teams are the main operators of DataOps, but anyone who generates and consumes data should adopt good DataOps practices. This includes data analysts, BI analysts, data scientists, data engineers, and sometimes software engineers.

Sometimes people incorrectly refer to MLOps as AIOps, but they’re quite different. From Gartner:

So AIOps typically are DevOps tools that uses AI-powered technology to enhance the service offerings. Alerting & anomaly detection offered by AWS CloudWatch is a good example of AIOps.

It is a misconception that in order to achieve the efficiency that these ops promise, they need to start with choosing the right technology. In fact, technology is not the most important thing.

“DataOps, MLOps and DevOps practice must be language-, framework, platform and infrastructure agnostic.”

Everyone has a different workflow, and that workflow should be informed by the principals — not the technology you want to try, or the technology that is the most popular. The trap of going technology first will be if you want to use a hammer, everything looks like a nail to you.

All the ops have the same 7 overarching principals, but each with its own slight nuances:

DevOps typically worries about network & application security. In the MLOps realm, industries such as finance and healthcare often require model explainability. DataOps need to ensure the data product is compliant with the laws such as GDPR/HIPPA.

This principal stems from the agile methodology, which focuses on continuously generating business value in a sustainable way. The product is designed, built, tested and deployed iteratively to maximise the fail fast and learn principal.

Software systems are typically deterministic: the code should run exactly the same way every time. So to ensure reproducibility DevOps only needs to keep track of the code.

However, machine learning models are often retrained because of either data drift. In order to reproduce the results, MLOps need to version the model and DataOps need to version the data. When being asked by an auditor which data was used to train which model to produce this specific result, the data scientist needs to be able to answer that.

🔧 Tools: experiment tracking tools, such as KubeFlow, MLFlow or SageMaker all have functionalities that link metadata to the experiment run. Pachyderm and DVC for data versioning.

There are three components to the continuous deployment of machine learning models.

🔧 Tools: most workflow management tools have this, such as AWS SageMaker, AzureML, DataRobot, etc. Open-source tools such as Seldon, Kubeflow KFServing.

Automation is the core-value of DevOps, and really there are a bunch of tools specialised in different aspects of automation. Here are some resources for machine learning projects:

Software applications need to be monitored, so does machine learning model and the data pipeline. For DataOps, it’s important to monitor the new data’s distribution for any data and/or concept drift. On the MLOps side, in addition to model degradation, it is also paramount to monitor adversarial attacks if your model has a public API.

🔧 Tools: Most workflow management framework has some form of monitoring. Other popular tools include Prometheus for monitoring metrics, Orbit by Dessa for data & model monitoring.

Adopt the correct X-Ops culture to speed up the delivery of your data-, and machine learning-powered software product. Remember, principals over technology:

3️⃣ Develop with the end in mind: Invest in solution design upfront to reduce friction from PoC to production

Thanks for reading. If you want to know more about cloud-native tech and machine learning deployment, email us at melio.ai.